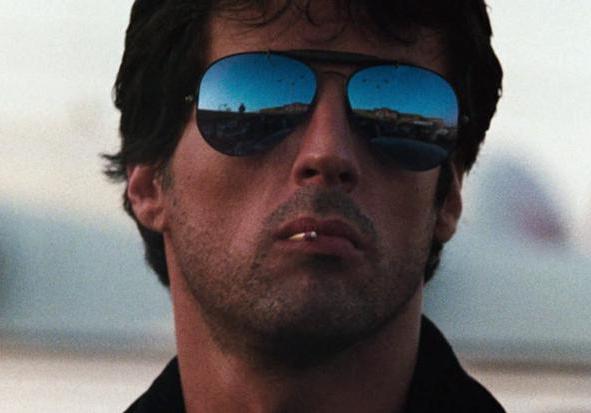 I’ve not been hired to write the biography of fictional character Marion “Cobra” Cobretti. Here are some excerpts.

“The only time the other boys would include Marion in their playground games was when there was a snowball fight. Marion was a lousy throw. The boys would team up and pummel him until he had no choice but to retreat back into the school.

One day, the volleys became too much. He packed a snow around a rock and threw it at the fattest, meanest kid in school. The fat boy thought it would be funny to headbutt Marion’s snowball out of the air. The sound was like a bowling ball being dropped on a sidewalk.”

“It was a muggy day in August when Marion’s mother left him in the car while she grocery shopped. She forbade him from leaving the car. Marion tried to focus on the latest issue of ‘Boys’ Life’ but the heat became unbearable. He stripped naked and threw his clinging clothes aside.

It took him under 10 minutes to chew his way through the backseat. He kicked in the panel leading to the trunk and crawled in. Once inside, he screamed as loud as his six-year-old lungs would allow and thrashed against the trunk’s roof like a live wire. An elderly couple pushing their cart past heard Marion’s commotions and yelled for someone to call the police. When Mrs. Cobretti was taken away in cuffs, Marion smiled crookedly and adjusted the sunglasses an officer had given him.”