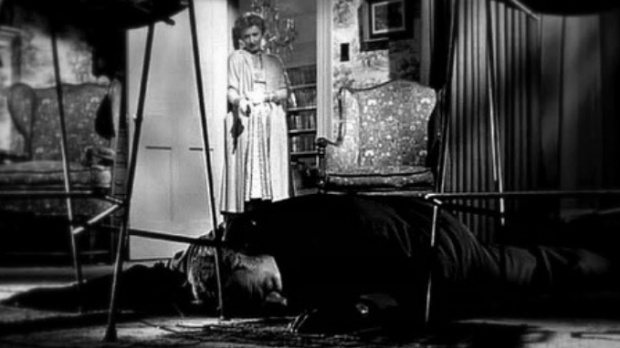 Barbara Stanwyck always seems to find herself in some form of a domestic nightmare. As the dark queen of noir, Stanwyck frequently donned the cowl of of the femme fatale in a litany of murder dramas: The Strange Love of Martha Ivers, The File on Thelma Jordan, No Man of Her Own, and, most famously, Double Indemnity. This morning I watched her in another suburban shit show, Crime of Passion. It was Stanwyck’s swansong with film noir, and boy howdy does she go out with a whimper. And a bang. A bang right through her husband’s slimy boss’ head.

END_OF_DOCUMENT_TOKEN_TO_BE_REPLACED

John Huston’s The Asphalt Jungle is a tremendously influential film that hits just as hard today as it did in 1950. When it comes to caper films, this bad bitch laid down the blueprint. Much like Rififi five years later, The Asphalt Jungle worried the studio and other tight-assed conservatives due to the detailed depiction of its heist. Suits were afraid that less morally bound people would attempt to imitate the caper. That was 64 years ago. After watching it today, I don’t feel influenced to rip off a high-end jewelry store, but I would like to imitate Sterling Hayden’s aggressively gritty masculinity. Shot with Huston’s naturalistic visual style and featuring an ensemble of baddasses, The Asphalt Jungle is an essential noir.

END_OF_DOCUMENT_TOKEN_TO_BE_REPLACED 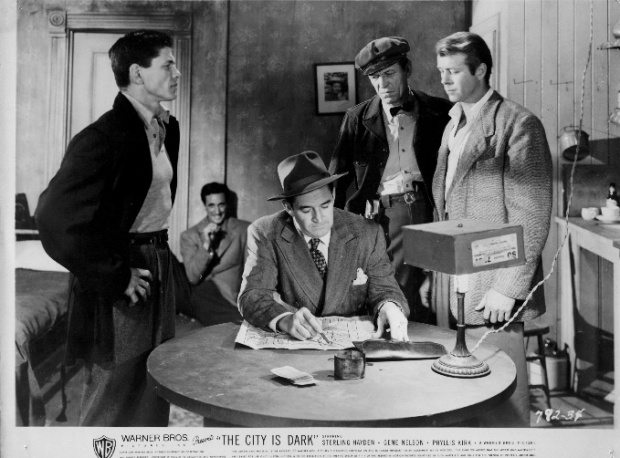 One-eyed director André de Toth’s Crime Wave is a unique little b-noir that knocked me on my ass. Although it’s considered “lesser noir” by many, I venomously disagree. Crime Wave packs a helluva wallop and is devoid of any of the “crime doesn’t pay” PSA bullshit. It’s a simple story that only runs about 73 minutes, but de Toth’s direction elevates the material to a film of tough beauty. He made the most of on location shoots, that combined with the top-notch acting by an impressive lineup of mugs make Crime Wave a must-see film noir.